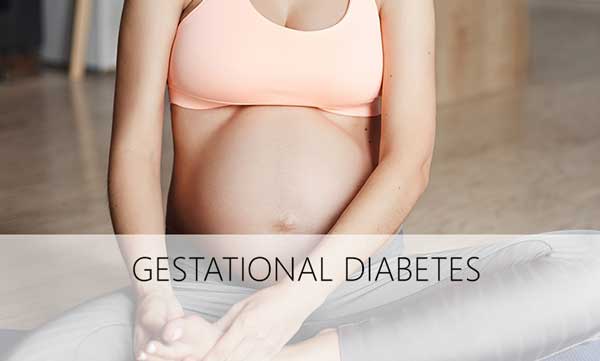 Everything You Need to Know About Gestational Diabetes

Gestational diabetes is one of the general comorbidities of pregnancy. This form of diabetes is diagnosed for the first time during pregnancy and disappears after their completion. Undetected, there is a risk for the mother and the yet unborn child. Consistently carried out screening and early treatment reduces the risk for the mother and her child.

What is Gestational diabetes

Gestational diabetes (GD) is defined as a carbohydrate metabolism disorder, which occurs or is diagnosed for the first time in a pregnancy. The definition does not exclude the possibility that the diabetes was undetected before the pregnancy. But diabetic women who become pregnant are not grouped under this term.

Gestational diabetes is an unusual type of diabetes that occurs when a woman is pregnant. About four percent of pregnant women have gestational diabetes. The disease is caused when the body can not treat insulin well, which causes high blood sugar levels, comparable to type 2 diabetes. It regularly occurs during the second trimester and often disappears after the baby is born. Untreated gestational diabetes can cause damage to both the fetus and the mother.

During pregnancy, it is the placenta through which the fetus receives its nutritional reserves. Also, the placenta secretes certain hormones, such as estrogen, cortisol and human placental lactogen, which are essential for the maintenance of pregnancy. Gestational diabetes occurs especially when placental hormones interfere with insulin secretion by the pancreas and their uptake into cells.

Gestational diabetes telltale signs typically appear somewhere between twenty-four and twenty-eight weeks of a typical pregnancy. It’s the direct result of having excessive volumes of glucose inside your body which in turn has an effect on an individual’s pregnancy and also their little ones well being.

The symptoms of Gestational Diabetes are being screened during the pregnancy period. The diagnostics tests detect the inappropriateness of high levels of glucose in blood samples. Gestational Diabetics affect 3% to 10% pregnancies based on population studies. Some studies reveal that the lack of resistance of women body on insulin production results impaired Glucose Tolerance relating to hormones levels.

In most cases, you will not find any warning signs of diabetes. Much of the time diabetes is identified at the time of routine exams undertaken while being pregnant. During rare cases, such as in case your blood glucose has gone through the roof, perhaps you may suffer from a few of the usual indications of diabetes, for example:

Once you’re with child, your health care provider is going to include a diabetes medical test as an element of your typical prenatal care. In case you are revealed to have gestational diabetes, or possibly in the event, you get any one of the indicators above, in all probability, you’ll have to have even more check-ups.

Most of the women who have got gestational diabetes have healthy newborns. On the other hand, in case your diabetes isn’t adequately controlled it could result in additional troubles regarding you and the newborn.

Note: Gestational diabetes typically does not cause any noticeable signs or symptoms. This is why screening tests are so important. Rarely, an increased or increased urinary frequency may be noticed.

A planned and balanced diet devoid of sweets is prescribed to the diabetic women to keep the sugar level in the normal range of 60 to 120 mg/dl. The diabetic woman must train at least 3 or 4 days a week to maintain the sugar level of the body by burning excess fat. A balanced diet and exercise can help maintain healthy weight gain during pregnancy, essential for the treatment of gestational diabetes.

Gestational diabetes is the most common complication during pregnancy, which affects 2-3 percent of pregnant women. When you eat food, your body turns it to glucose, and it enters your bloodstream. Your pancreas releases insulin to help convert the glucose into fuel for your body. If your body cannot produce enough insulin to convert the glucose into energy the glucose remains in the bloodstream, which is known as high blood sugar and is referred to as Diabetes. Gestational diabetes, unlike normal diabetes, is just for the period you are pregnant and disappears once the baby is born.

Preventing gestational diabetes is extremely important for the health of the mother and fetus. Excess glucose present in the blood can cross through the placenta into the fetus, thereby resulting in the birth of a baby bigger than normal size. Also, these babies are at higher risk of developing glucose intolerance, congenital respiratory problems, obesity, and diabetes. In mothers, pregnancy gestational diabetes can cause hypertension, preeclampsia and fetal death.

Finally, for preventing gestational diabetes, one must emphasize on foods that have high fiber intake. Also, have a strict count on the average number of carbohydrates consumed per day.

Pregnant women who experience excessive weight, excessive hunger, thirst, recurrent vaginal infections, and excessive urination are prone to gestational diabetes. This type of diabetes is detected with the help of a test called glucose tolerance. This test is conducted from week 24 up to week 28 of the pregnancy. If the doctor has any suspicion that the pregnant woman is at risk of developing gestational diabetes symptoms, he may consider prescribing the test in the thirteenth week itself. 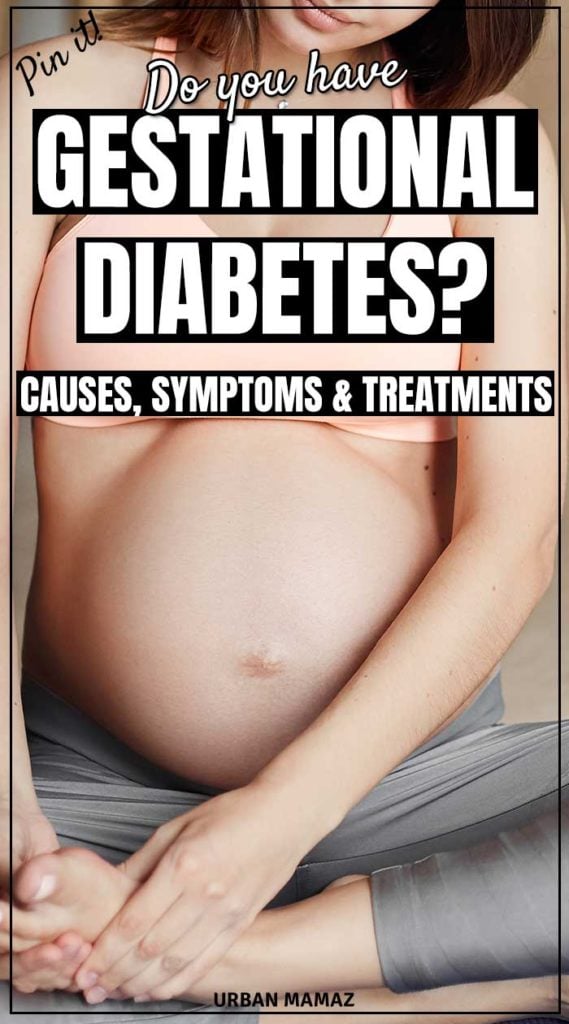 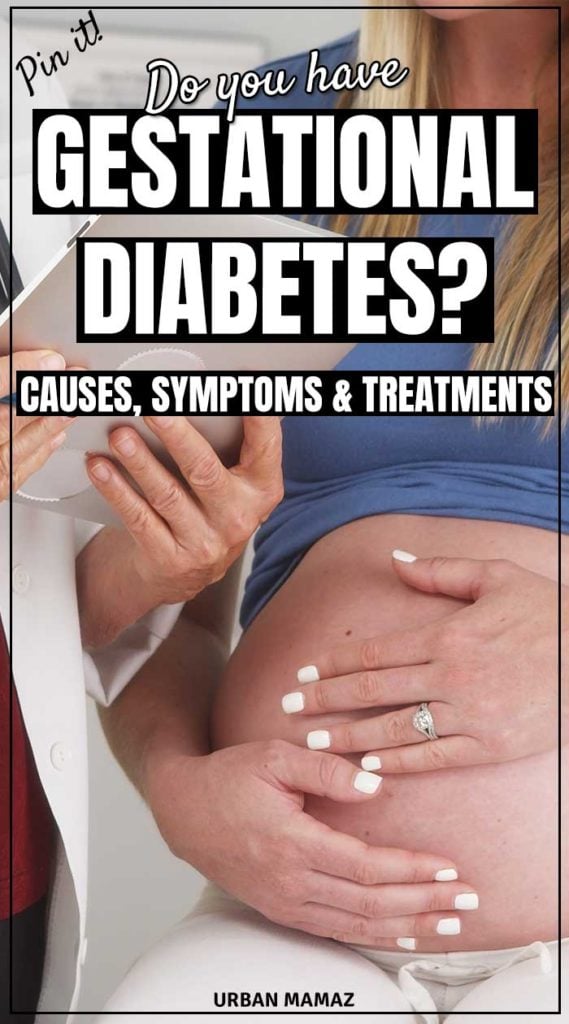 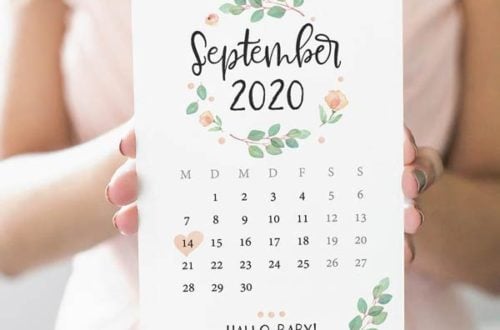 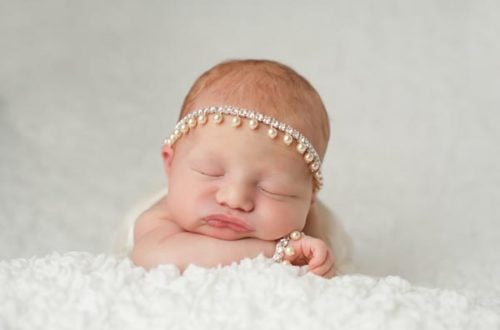 What Are The Causes Of Miscarriage