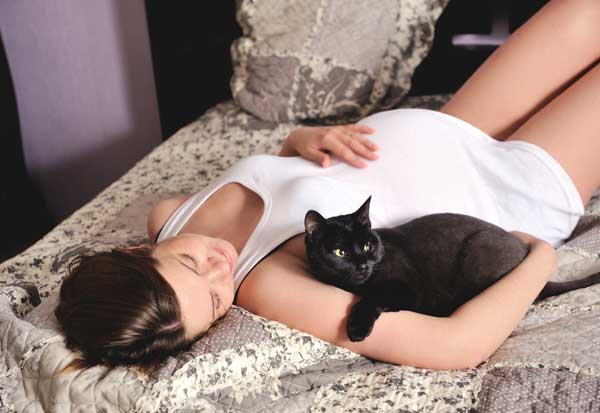 Having Cats While Pregnant: Cat Litter Precautions For Pregnant Women

People love to have pets because they are like a part of their family. However, a common confusion most women have is whether having cats while pregnant is ok or not.

Pregnancy brings few challenges for you if you own a cat. But don’t worry. All you’ll have to do is just a little planning instead of getting rid of your cat. Furthermore, babies and cats can co-exist peacefully as long as you want them to, so you can keep your furry friend also after pregnancy.

First things come first. There are some common myths about cats and pregnancy and questions which need to be answered.

Myths About Cats And Pregnancy

Let’s start with the most common myth: A pregnant woman should get rid of her cat.

This myth actually shows a complete lack of understanding of the disease called Toxoplasmosis, which we discuss later in this article. In short, Toxoplasmosis is caused by a parasite that can be dangerous to a developing fetus in a human being. Although cats could potentially transmit Toxoplasmosis to a human, it is very rare, and the most common way that a human is infected with Toxoplasmosis is through the consumption of rare or raw meat.

Another myth: Cats can suck the air out of your baby.

While the claim that a cat will purposefully suffocate your baby is false, there was an incident in the United Kindom in 2000 where a six-week-old baby died after the cat fell asleep on his face.

So yes, a cat may cause suffocation to your baby. But, none of the reports ever obtained about the occurrence of such an event. And you can block your cat access to your baby and yourself easily.

Is It Safe to Have a Cat While Pregnant?

Now that you know that it’s not true that you will have to remain away from your cat during pregnancy, you should know that there are a few safety rules that you need to follow when having cats while pregnant. But before we get to them, let’s try to understand better what is Toxoplasmosis and what are the risks of having cats while pregnant. Understanding it better can make you feel safer.

Risks Associated With Having cats While Pregnant

One of the most significant risks of having the cat around you while you are pregnant is Toxoplasmosis. The condition is remote, but the danger is quite real.

Humans usually get Toxoplasmosis while eating uncooked food or by gardening. Although it’s considered rare, there are few chances that you get it when you are around your cat.

An adult who gets infected with this disease rarely becomes ill. If you had been affected previously, you may be immune but can’t pass it to the baby.

Can Cats Cause Miscarriage?

Toxoplasmosis is a parasitic infection caused by a single-celled parasite called Toxoplasma gondii. When acquired during pregnancy, it can produce a severe congenital infection with ocular and neurologic damage to the infant.

While the parasite is found throughout the world, more than 40 million people in the United States may be infected with the Toxoplasmosis parasite.

According to Glowm up to 38% of women in the United States have immunity against Toxoplasma gondii from a prior infection. While the risk of getting immune is high among those women, who used to own cats for a long time. The blood test tells whether you have immunity for toxoplasmosis or not.

Can Cats Cause Infertility in Humans?

According to MotherToBaby, An increased chance of fertility problems has been reported in people who have had a previous Toxoplasmosis infection.

Is having Toxoplasmosis in the past, can increase the chances of having birth defects in babies?

Infection in infants can occur only when a pregnant woman has an active Toxoplasmosis infection. If you had Toxoplasmosis in the past, you are likely immune, and there is no increased chance to the baby when this disease occurs more than 6 months before conception.

How Can Pregnant Women Be Infected By Toxoplasmosis?

In order for Toxoslasmosis to infect a pregnant woman and do damage to her developing fetus from a cat, the following events would have to happen:

So as you can see, a number of things need to happen for the pregnant woman to catch the disease from the cat.

The Likelihood of Contracting Toxoplasmosis

It’s difficult for cats to transmit Toxoplasmosis directly to their caregivers, therefore, a pregnant woman is generally unlikely to contract the disease from her cat. Here are the factors that keep the chances low:

How to avoid Toxoplasmosis?

In general, to avoid Toxoplasmosis infection, pregnant women should:

How to Avoid Toxoplasmosis for Cat Owners Who Are Pregnant?

Tips to have a cat while you are pregnant

Even in the case when you don’t have immunity, you can lower the risk. Follow the tips given here to reduce the chances of getting infected:

Make sure that you properly follow these tips to assure that the health of your baby will not be affected. In case you notice any side effects, it is better to consult your doctor.

Thankfully, in this age of technology, there are now litter boxes that offer high-tech solutions to handling this unpleasant chore, especially when having cats while pregnant. Automatic self-cleaning litter boxes detect when your cat has used them and do the cleaning for you.

Sensible precautions will protect you from Toxoplasmosis during your pregnancy, and getting rid of your cat is not necessary. If you’re concerned about your well-being, it’s far better for you to enjoy your cat’s love during this exciting period.

PRODUCTS YOU NEED TO STOCKPILE BEFORE YOUR BABY ARRIVES

9 KIDS’ ROOM IDEAS – HOW TO DECORATE A CHILD’S BEDROOM 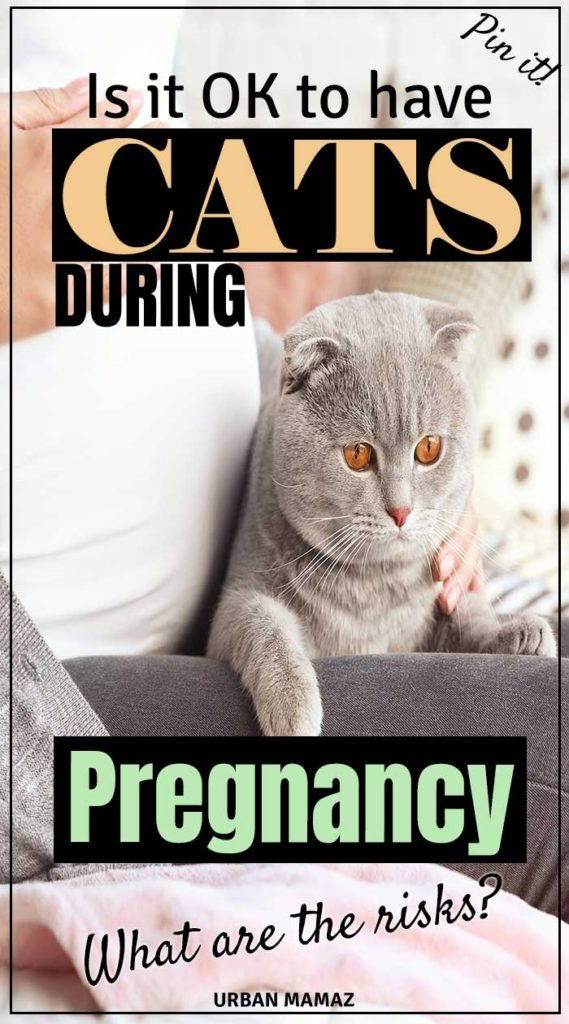 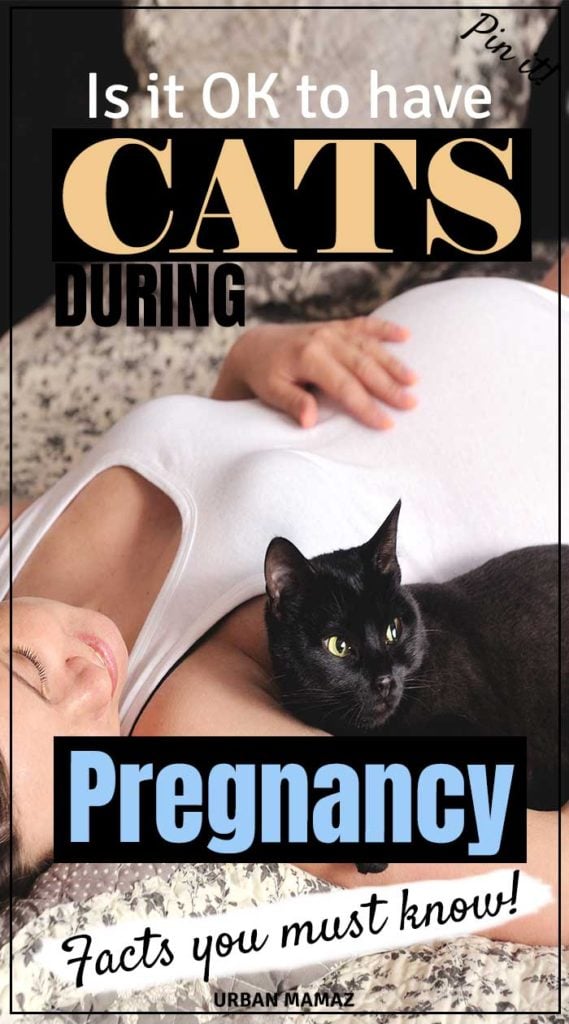 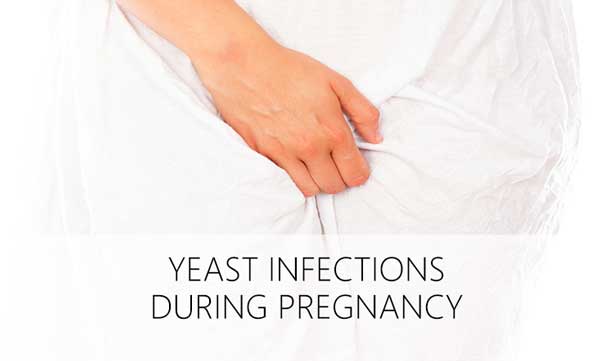 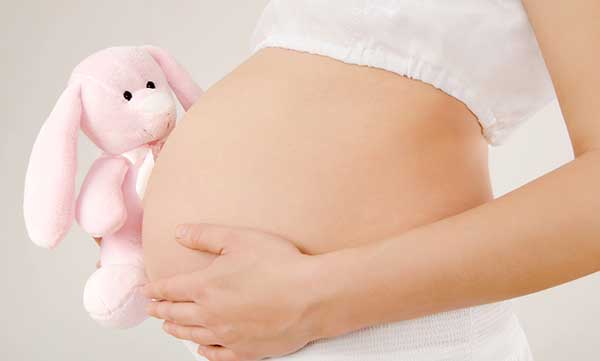 How to Organize Your Home Before Bringing Your Newborn