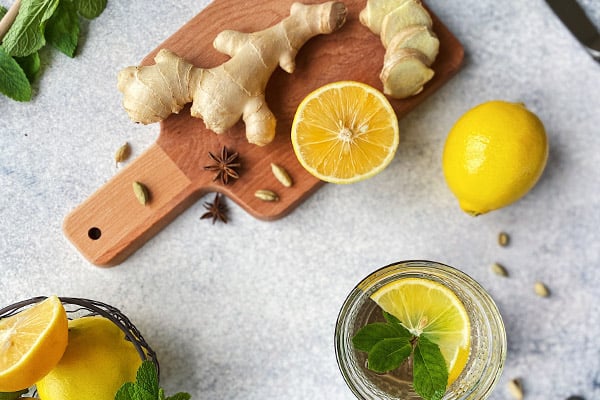 Ginger tea is known for helping with inflammation, digestion issues and even for helping fight back the common cold. But is ginger tea safe during pregnancy?

Since so many moms-to-be will try to find ways to calm their upset stomach and indigestion, it’s not uncommon to drink different kinds of tea. However, ginger seems to be the most popular option because of its digestion-related benefits.

Let’s take a quick look at the benefits of ginger tea before diving further into a few of the common questions people ask.

Ginger is easy to make into a tea (we’ll look at that shortly), and it has many well-researched benefits and is the focal point of many studies. A few of the many benefits of ginger tea that you can verify are:

However, there are many other potential benefits, including:

Why do so many women drink ginger tea when they’re pregnant? As much as 80% of women suffer from morning sickness during pregnancy. While symptoms do subside after the first trimester, those 90 days are challenging.

Can I Drink Ginger Tea While Pregnant?

We’ve seen a lot of the benefits of this root, but is ginger tea safe during pregnancy? Yes. However, as with most things, you need to drink it in moderation. Luckily, there have been in-depth studies on this very topic.

One review from 2018 out of Paris, France, examined the use of ginger during early pregnancy for women that experienced nausea and vomiting.

The meta-analysis looked at 15 studies and found:

Quality does play an important role in efficacy, and most women consumed 250mg, four times per day without any side effects.

Overall, green tea is a natural way to help control your pregnancy symptoms and do so without many – if any – side effects. The key to enjoying these benefits is to learn how to make your tea properly.

How To Make Ginger Tea for Pregnancy?

There are many benefits to ginger, whether eaten or consumed as a tea, but is ginger tea safe during pregnancy? Yes, but you need to make it properly. Since you need to have high quality ginger to maximize the effects of the tea, it may be best to use fresh or dried ginger.

If you do opt for a ready-made tea option, be sure to research the quality of the tea.

Ideally, you’ll do the following:

You’ll want to take the tea off the burner and allow it to cool to a drinkable temperature. When you drink your tea, be sure to sip it rather than drink it rapidly. You’ll also want to keep the remaining tea and try to drink four cups of tea throughout the day.

Over the course of 3 or 4 days, you’ll quickly notice that your morning sickness and nausea start to subside.

How To Make Ginger Tea for Nausea During Pregnancy?

Thankfully, the recipe above is a great option for nausea, but that doesn’t mean there aren’t a lot of ways to enhance nausea relief. A few options that you have, and this can be adapted to your own taste and preference, are:

Since every woman is different, there’s no telling what can upset your stomach. If you feel more nausea after consuming ginger tea, try removing some of the added ingredients on this list or opt to try a different variation.

Note: It can take a few days before you truly experience the benefits of ginger tea. Since most studies last four days, you may want to wait until the fourth day to determine if the tea is helping calm your morning sickness or nausea.

Pregnancy Nausea: How to Get Rid of Morning Sickness During Pregnancy

Can You Eat Ginger While Pregnant?

We’ve answered the question of “is ginger tea safe during pregnancy?,” but what about eating ginger itself? Yes. You can eat ginger, but you don’t want to overdo it. Drinking a few cups of tea or adding a few pieces of ginger into your food is safe.

However, there are concerns that too much ginger can lead to miscarriage.

Unfortunately, these claims cannot be confirmed nor denied at this time. Instead, what we do know is that you can have up to 1,000 mg of ginger tea daily without any side effects. The studies on consuming too much ginger and its relation to miscarriage are lacking, but it is something to consider.

How to Prevent a Miscarriage From Happening

How Much Ginger Is Safe During Pregnancy?

There are no studies confirming safe dosage amounts for ginger during pregnancy. Some medical experts advise not to consume more than 1,500 mg per day of dried or fresh ginger.

Many ginger products on the market, especially ones for nausea, contain ginger extract, which is more potent. For example, 250 mg of ginger extract may equate to 2,500-5,000 mg of dried ginger root. So, be cautious when choosing products containing ginger extract.

Generally, consuming one to four cups of ginger tea per day shouldn’t be harmful as long as the tea Isn’t highly concentrated. One teaspoon of fresh ginger should more than suffice.

Ginger and lemon are both generally safe to consume in moderation during pregnancy. However, be cautious when buying lemon ginger tea blends, as they may contain other ingredients that are harmful to pregnant people.

Plain lemon ginger tea is the best option, but keep in mind that excessive consumption of lemon can also have side effects.

Citrus fruits like lemon are rich in vitamin C and other beneficial nutrients that your baby needs to grow and thrive. In fact, one animal study found that low vitamin C levels may hinder fetal brain development.

Enjoying a cup of lemon ginger tea in the morning shouldn’t be harmful, but make sure that you talk to your doctor first.

Is Ginger and Turmeric Tea Safe During Pregnancy?

We’ve answered the question, “is ginger tea safe during pregnancy?” but what about ginger and turmeric tea?

There’s no research showing that turmeric isn’t safe for pregnancy, but it’s important to exercise caution, talk to your doctor and drink this tea in moderation.

Some experts say that curcumin, the main active ingredient in turmeric, can help:

However, there are some risks that need to be considered. For example, curcumin can mimic estrogen in the body and stimulate uterine contractions. High doses of turmeric can also interfere with some medications, so it’s important not to overdo it.

Teas To Avoid During Pregnancy

Although teas are touted for their health benefits, they aren’t always safe for pregnant women to drink.

Teas to avoid include:

Some experts say that caffeinated teas like black and green tea are okay in moderation, but talk to your doctor first.

Research shows that caffeine consumption during pregnancy can change brain pathways that may cause behavioral problems later in life. Another study also found that even consuming half a cup of coffee per day can lead to smaller birth weights.

Foods and Beverages to Avoid During Pregnancy

What Teas Are Safe During Pregnancy?

Many herbal teas are not only safe for pregnancy but can also offer some great benefits and even provide nutrients.

Here are some teas that are considered generally safe in moderation during pregnancy:

Many midwives recommend drinking raspberry leaf tea during labor because it can help make contractions more efficient. Just make sure that you avoid drinking this tea during any other stage of pregnancy because it can cause premature birth or a miscarriage.

It’s important to remember that not all herbal teas are safe for pregnant women. To be on the safe side, talk to your doctor before drinking any type of tea during your pregnancy.

10 Best Foods to Eat While Pregnant

Ginger tea is considered generally safe during pregnancy in moderation. It’s important to make sure that the tea you consume does not contain any other ingredients that may be harmful to you and your baby. And while herbal teas can be beneficial, it’s important to avoid the ones listed above.

Talk to your doctor before drinking any tea just to make sure that it’s safe. 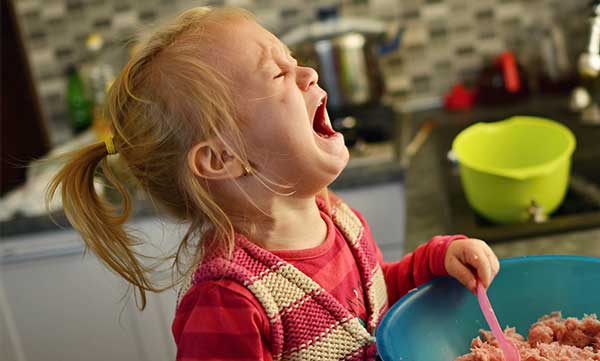 How to Discipline Your Toddler – Parenting Tips

When should I worry about my baby not walking

When is the Best Time to Take Your Newborn Out