Can you be pregnant and still get your period?

I didn’t know I was pregnant because I had my period. That line may sound like something out of a horror movie for women.

Pregnancy is a beautiful thing and maybe you can’t wait to start a family, but not knowing that your pregnant until you go into labor is a terrifying thought.

But it does happen. And it happens more often than you think.

Many women don’t realize they’re pregnant because they believe they had their period while they were pregnant. Can this really happen? Can you really be pregnant, not realize it and still get your period?

Can You Be Pregnant and Not Know It and Still Have Your Period?

Yes, and no. You can be pregnant and not know it. You may even have some bleeding that looks like your period. But it won’t be an actual period.

It’s impossible to have a true period and be pregnant at the same time. And here is a detailed article that explains why you can’t have periods while pregnant. But you can be pregnant without knowing it, experience some bleeding and assume that it’s your period.

Causes of Bleeding During Pregnancy

Several things can cause bleeding during pregnancy that you may mistake for being your period, such as:

Read more information about the causes of bleeding during pregnancy here.

But what about those crazy stories you hear about women claiming they had their periods and had no idea they were pregnant until it was time to give birth?

We’ve all heard stories of women who gave birth unexpectedly and had no idea they were pregnant until labor. And many of these women say they had their periods during their pregnancy.

Tennis star Serena Williams said she had no idea she was pregnant because she had her period.

Serena said, at the time, she hadn’t seen her husband in nearly a month and had just had a cycle. When she took a pregnancy test just to “shut a friend up,” she was completely shocked to find out that it was positive.

Not only that, but she was already seven weeks along.

Serena obviously didn’t go through an entire pregnancy without realizing it, but she was pregnant for quite some time before knowing it. In her case, it very likely could have been implantation bleeding that caused her bleeding.

Klara Dollan woke up one morning with terrible stomach cramps. She assumed it was just her period, so she got ready for her first day at her new job. A few hours later, she was sent home from work and to the hospital – maternity ward.

Klara had absolutely no idea she was pregnant until she went into labor. Sure, she had gained a little weight, but she attributed it to her breakup five months earlier. It wasn’t until she gave birth in the bathroom of her home that she knew she was pregnant.

She never felt nauseous, never had any cravings, never felt any other symptoms.

For first-time mothers, you can see how they may not know that they’re pregnant. After all, they’re in uncharted territory. But what about women who’ve already been pregnant at least once?

Jennier Scolin’s story proves that even if you’ve already been down the pregnancy road, you can still get pregnant again and not know it.

Jennifer had no idea that she was pregnant until she gave birth in the ambulance in her driveway. According to Jennifer, she hadn’t been experiencing any symptoms, and she was still getting her period regularly.

It wasn’t until she went into labor that she felt sharp stomach pains and her water broke. They barely made it to ambulance before their little one arrived. Two pushes later and her 9lb son was born.

A 20-year-old woman named Sophie Aldridge went to the hospital complaining of severe back pain. At the time, she thought it was her period. The hospital sent her home with painkillers. A few hours later, she was back in the hospital giving birth.

Sophie claims that she continued to get her period, never gained any weight, never had cravings and never felt nauseous.

She gave birth to her son just 30 minutes after returning to the hospital.

Can You Be Pregnant and Not Know It for 9 Months?

Judging from the stories above, yes, it does seem like some women can be pregnant for 9 months and never know it.

Just to be clear – it’s pretty rare for this to happen. It’s not extremely rare (it probably happens more often than you think), but most women will know they’re pregnant.

That said, it’s very possible to be one of the women in the stories above. No, these women were not trying to hide their pregnancies, and they’re not “crazy” for not realizing that they were pregnant.

When women go through an entire pregnancy without knowing it, this is called cryptic pregnancy.

Cryptic pregnancy is when a woman is pregnant but doesn’t realize it until later on in the pregnancy or until she gives birth. It’s believed that one in every 475 pregnancies are cryptic.

What Are the Symptoms of a Cryptic Pregnancy?

The thing about cryptic pregnancies is that there really aren’t any symptoms.

With a typical pregnancy, a woman misses her period, takes a pregnancy test, and learns whether she’s pregnant. Some women may miss their period, not really think much of it, but then start to experience things like:

But with a cryptic pregnancy, you wouldn’t experience anything out of the ordinary.

Maybe you missed a period, but a pregnancy test came back negative. You chalk up your nausea to indigestion or a stomach bug.

Many women who experience cryptic pregnancies share one common thing:

Not all women who experience cryptic pregnancies have irregular periods, but many of them do.

And if you’ve never been pregnant before, it’s easy to dismiss other symptoms, like nausea, fetal movement and fatigue with illness or your diet.

What Causes A Cryptic Pregnancy?

Cryptic pregnancies can be caused by many things:

If your periods are already irregular, you may not give a missed period a second thought. Maybe you only get your period every few months or only once or twice a year. In this case, missed periods really aren’t a reliable sign of a pregnancy.

Contrary to popular belief, women with PCOS can and do get pregnant. But because their periods are irregular, they may not realize it.

Cryptic pregnancies have also been associated with birth control. Remember – birth control is not 100% effective (although it’s really close). And it’s not uncommon for women to forget a day here and there. Unfortunately, missing just one day can throw things off and increase the odds of pregnancy.

Just before menopause, women go through a stage called perimenopause. During this time, your periods may be inconsistent, so it’s not unusual to miss a month. Weight gain and hormonal fluctuations can be confused with symptoms of perimenopause.

How Long Does A Cryptic Pregnancy Last?

It’s difficult to estimate how long a cryptic pregnancy can last. We just don’t have enough data to give a clear answer.

Some cryptic pregnancies last longer than conventional pregnancies. Others give birth prematurely.

Every case is different, and because most evidence is anecdotal, it’s difficult to know for sure how cryptic pregnancies differ in terms of length.

Some women are in denial about being pregnant, and this can happen for a number of reasons.

In some cases, the cause is psychotic pregnancy denial. This occurs in women with long-term mental illnesses, like schizophrenia.

It’s believed that pregnancy denial stems from difficulty adjusting to the conditions of being pregnant.

It’s possible that some women who say they didn’t know they were pregnant were simply hiding their pregnancy. Women may hide a pregnancy or a number of reasons, including lack of support and social connections, shame or fear.

Undetected pregnancies are rare, but they do happen. As we’ve seen from the stories above, women can and do go through entire pregnancies without realizing it.

But it’s important to note that it’s impossible to get your period during pregnancy. You may experience some bleeding that may seem like you’re getting your period, but it’s caused by something else.

HOW TO GET PREGNANT FAST WITH IRREGULAR PERIODS

WHY AM I LOSING WEIGHT DURING PREGNANCY WITHOUT MORNING SICKNESS

HOW TO LOSE WEIGHT DURING PREGNANCY SAFELY 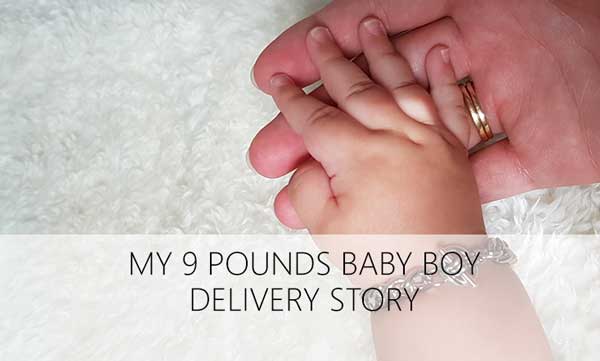 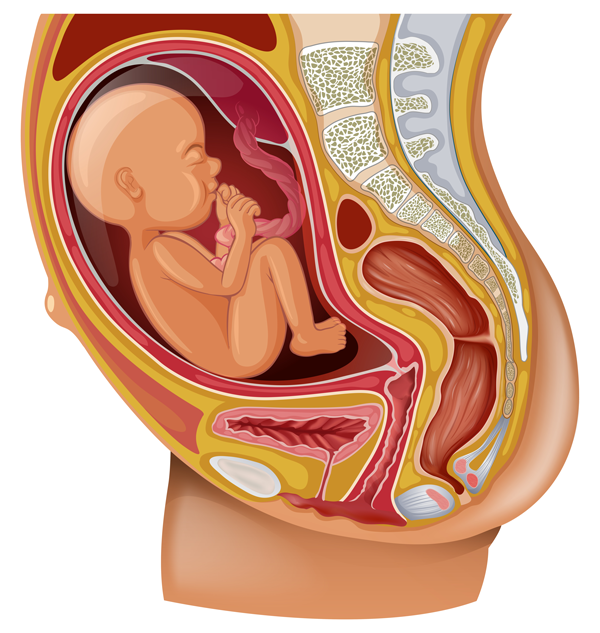 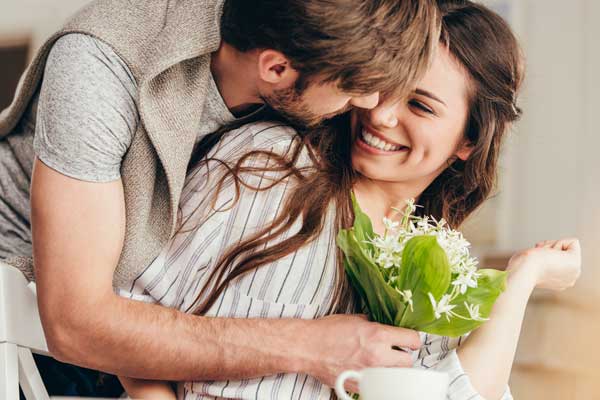 How To Get Pregnant Fast Tips