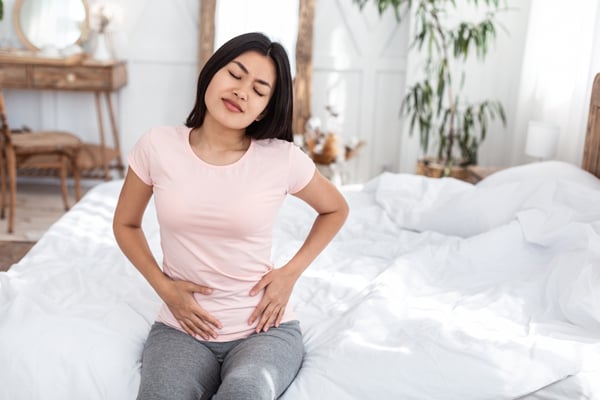 Can You Be Pregnant and Still Get Your Period?

As any expectant parent knows, pregnancy is a time of immense change. Not only will your body go through a number of physical changes, but your mental and emotional state will also be challenged.

Can you be pregnant and still have your period? Let’s find out.

Can You Be Pregnant and Still Get Your Period?

Technically, no. You can’t have a true period while you’re pregnant because menstruation stops during pregnancy.

However, you may experience bleeding and even cramping that may look and feel like your regular period.

Causes Of Bleeding During Pregnancy (By Trimesters)

If you’re pregnant and bleeding, talk to your doctor. It could be a sign that something is wrong (like a pending miscarriage), or it could be completely normal.

Bleeding during pregnancy isn’t always a reason to panic. There are many things that can cause spotting or bleeding throughout your pregnancy.

Women may experience bleeding during their first trimester for a number of reasons:

If you’re in the first trimester of your pregnancy, you may be experiencing implantation bleeding.

Implantation bleeding can happen when the fertilized egg burrows itself into the lining of your uterus. It happens very early on in the pregnancy, usually 10-14 days after conception.

The blood may be:

Most women say it looks like the bleeding they experience right before their periods start.

Along with bleeding, you may also experience cramping just like you would with a regular period. However, the cramps may be more intense than usual. Some women pass large blood clots during a miscarriage.

If you think you’re having a miscarriage or experience any of these symptoms, contact your doctor right away.

Another cause of bleeding in the first trimester is an ectopic pregnancy. This is when the fetus starts growing outside of the womb, typically in the fallopian tube.

An ectopic pregnancy can cause light or heavy bleeding. Some women may also experience:

Ectopic pregnancies can be life threatening, so it’s important to seek medical attention right away if you’re experiencing any of these symptoms.

Any bleeding that occurs after the first trimester should be cause for concern. Spotting or small amounts of blood may not be a sign of anything serious, but heavier bleeding shouldn’t be ignored.

It’s possible to experience a miscarriage during the second trimester, and it’s important to get medical attention if you experience any of the following symptoms:

Sex or a Vaginal Exam

Pregnancy hormones can make your blood vessels more sensitive. If you’re experiencing light bleeding or spotting that’s pink, brown or red, it may be because you’ve recently had sex or a vaginal exam.

Interference with the cervix can cause this type of light bleeding in the second and third trimesters.

During the second trimester, you may pass brownish discharge or pink mucus. This is normal and caused by small amounts of blood leaving your body.

If you’re on the last few months of your pregnancy and experiencing heavy bleeding with cramping, placental abruption may be the cause.

Placental abruption occurs when the placenta becomes detached from the uterus. Bleeding and pain are common symptoms.

Some health conditions can put you at greater risk of developing this condition, including high blood pressure.

When the muscles of the uterus tear or separate, this is known as uterine rupture, and it can cause uncontrolled bleeding.

Although rare, you’re more likely to experience uterine rupture if you had a cesarean delivery in the past.

Premature Labor or Other Serious Conditions

If you’re experiencing heavy bleeding and pain, call your doctor immediately or head to the emergency room. Heavy bleeding late in a pregnancy can be caused by premature labor, placenta previa or other serious conditions.

Placenta previa occurs when the placenta covers the cervix at the end of pregnancy. This is a serious condition that can cause severe bleeding during labor.

According to experts, it’s virtually impossible to get a true, full period during pregnancy. It is, however, possible to experience bleeding that is similar to your period.

What Is a Woman’s Period?

A woman’s period is a natural bodily process that occurs every month, usually between the ages of 12 and 50.

It’s caused by changes in hormones and the shedding of the uterine lining. The uterus is a hollow, pear-shaped organ in the lower part of your abdomen. The lining of the uterus, known as the endometrium, thickens in preparation for a fertilized egg to implant.

Every month, your body goes through a period called ovulation, which causes an egg to be released from your ovaries. The egg travels through the fallopian tube and into the uterus.

If no fertilized egg implants in the uterus, the endometrium breaks down and is shed through the vagina. This is what we refer to as a period.

Hormones facilitate this whole process. The ovaries release estrogen and progesterone, two hormones that cause the lining of your uterus to build up and the release of your egg during ovulation. Without these two important hormones, your period – and pregnancy – couldn’t happen.

If an egg is fertilized and implanted into the uterine wall, then the lining of the uterus won’t shed. For most women, this causes them to miss their periods, and is why this is one of the first signs of pregnancy.

What Happens During Periods?

During a woman’s period, the uterine lining is shed through the vagina. The blood loss is usually between 2-6 tablespoons. Its color is red or brown and is similar to the color of a raspberry.

It is also possible for some women to experience spotting between periods, during or just before their period, or after their period.

The average cycle, according to experts, is 28 days, but yours may be shorter or longer.

Can You Be Pregnant and Not Know It and Still Have Your Period?

You may be pregnant, not know it, and then experience bleeding that looks like your period. But if you’re worried that you may be going through life, thinking everything is normal (getting your period), and then suddenly going into labor, that won’t happen.

That being said, there have been cases where women had no idea that they were pregnant. This is known as cryptic pregnancy.

What Is Cryptic Pregnancy?

Cryptic pregnancy is a pregnancy that occurs without the mother knowing she’s pregnant. If you’re asking – how can you not know that you’re pregnant? – you’re not alone. We’d like to think that we’d all know when we were expecting.

But, as it turns out, in certain circumstances, women may not know that there’s a little life growing inside of them.

Your Periods are Irregular

If your periods are already irregular, you may not even realize that you missed one. Nearly one-third of women have irregular periods, so it’s not uncommon. Some women only get one or two periods a year, so they wouldn’t bat an eye at going several months without getting a period.

No Signs or Symptoms of Pregnancy

Yes, there are some women who don’t experience any strange symptoms during pregnancy. They may not get morning sickness, back pain or fatigue.

If your periods are already irregular and you’re not showing any other signs of pregnancy, you may go on living your life like nothing is happening.

Some women experience light spotting or bleeding during their pregnancy (as we discussed earlier), and they may mistake this bleeding for their periods.

Women who are overweight or obese may not have a pronounced baby bump. When combined with some of the other factors above, it’s easy to see how some women may not realize they’re pregnant.

Women who are in their late 30s or early 40s may mistake early pregnancy symptoms for signs of menopause.

It’s not really possible to be pregnant and still get your period, but you may experience some bleeding that looks like your period.

If you’re pregnant and experiencing more than just spotting or light bleeding, talk to your doctor right away.

HOW TO CONCEIVE A BOY NATURALLY

HOW TO GET PREGNANT FAST TIPS

OVULATION TEST: HOW TO USE IT AND WHEN IS THE BEST TIME TO TAKE IT? 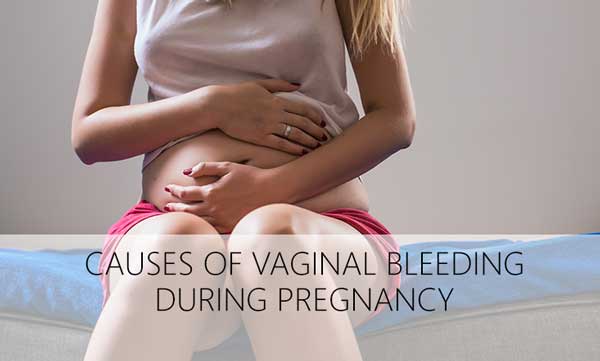 What Are the Causes of Bleeding and Spotting in Pregnancy 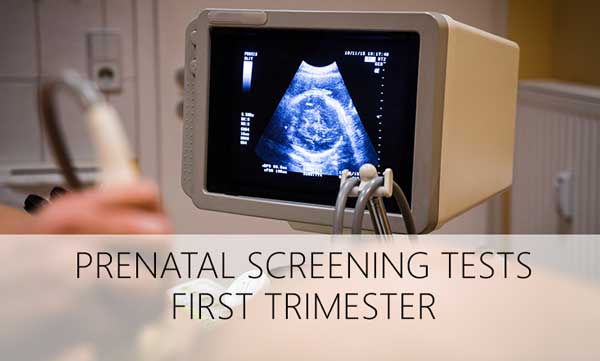 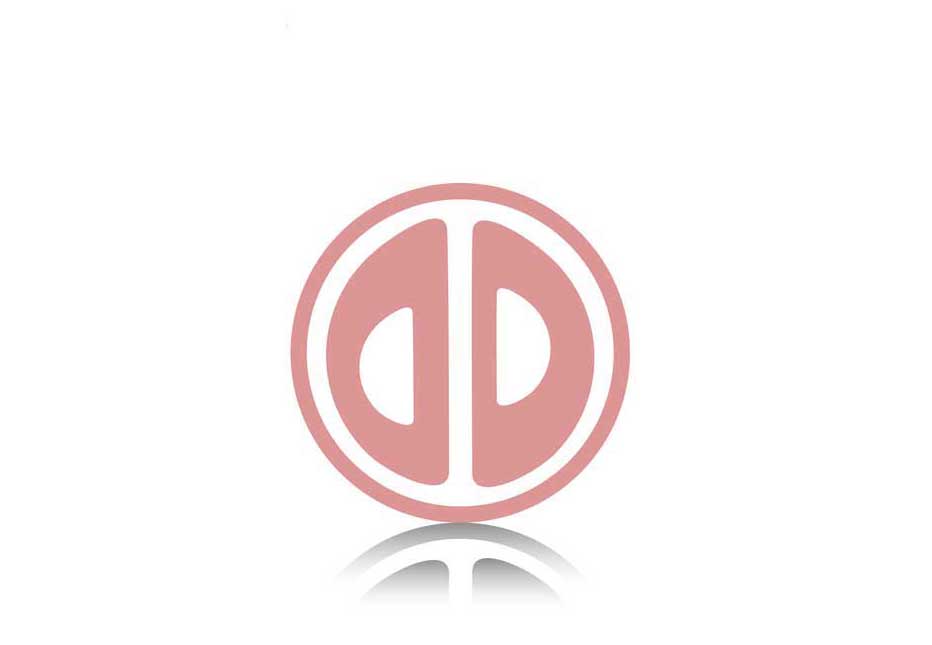