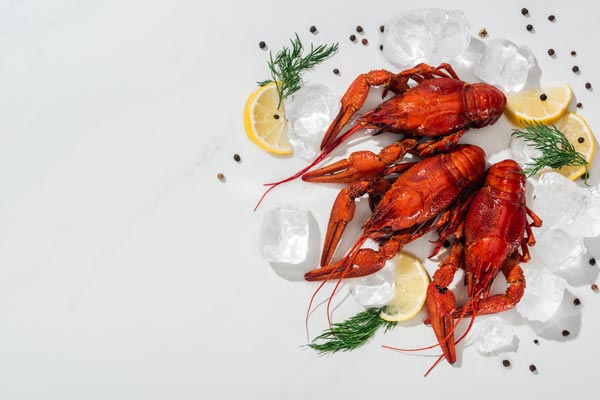 Is lobster safe during pregnancy?

Many women crave seafood when they’re pregnant. For some women, it’s crab. For others, it’s lobster. You may be under the impression that all seafood is off limits during pregnancy, but that’s not the case. It’s okay to eat some types of seafood. So, can you eat lobster while pregnant? If so, are there benefits to adding lobster to your menu?

Lobster, like other types of seafood, is a great source of protein and omega-3 fatty acids, both of which are important for pregnant women.

But you may have heard that some types of seafood are unsafe to eat during pregnancy. Does that include lobster?

Can you eat lobster while pregnant?

Yes, lobster is safe for women to eat during pregnancy, but only if it’s prepared properly. Lobster is only safe to eat if it’s:

Some examples of pregnancy-safe lobster dishes include:

Just make sure that the other ingredients in the meal, like mayonnaise, are pasteurized. Homemade mayo may taste great, but it’s usually made with unpasteurized egg yolks, which can be unsafe for pregnant women.

Any lobster dishes that may contain unpasteurized eggs or dairy should be avoided.

You know that lobster is safe to eat during pregnancy, but is it okay to eat it throughout all of your pregnancy? Can you eat lobster while pregnant during your third trimester?

Yes! It’s okay to eat lobster at any stage of your pregnancy as long as it’s thoroughly cooked and you’re not eating too much of it.

Risks Of Eating Lobster During Pregnancy

Although it’s generally safe to eat lobster during pregnancy, there are some risks that need to be considered.

If you don’t know the source of the lobster or it comes from a poorly regulated area, the lobster may have been living in contaminated water.

Ideally, you want to eat the freshest lobster possible. If you’re going to cook it yourself, consider buying live lobster. Frozen lobster is another option.

Avoid buying lobster from roadside stands or questionable sources. If the lobster looks or smells off, don’t eat it. That’s a general rule of thumb that everyone should follow – pregnant or not.

Lobster does contain some mercury, but the levels aren’t quite as high as some other types of seafood. According to the FDA, the median level of mercury in lobster is:

According to scientists, fish with less than 0.1 PPM are considered low mercury. While lobster is low in mercury, if you eat too much of it, you can easily exceed safe levels. That’s why doctors only recommend eating one to two servings per week. Going over this limit may expose yourself and your baby to too much mercury.

Benefits Of Eating Lobster While Pregnant

Not only is it okay to eat (cooked) lobster during pregnancy, but it also offers many benefits as long as it’s eaten in moderation and cooked properly. These benefits can include:

Rich in Protein and Beneficial Nutrients

Lobster is a great source of protein, which is important for a healthy pregnancy. It also contains other beneficial nutrients, including:

Omega-3 fatty acids can help with your baby’s brain development, and they also help fight against inflammation.

This important nutrient can also help prevent pre-term labor, reduces the risk of low birth weight and help stave off depression in moms. 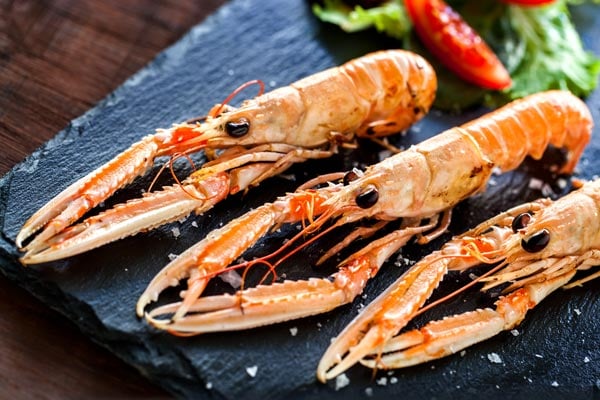 Lobster is nutrient-rich and easy to prepare. Boiling is the simplest method, and it takes just 12-18 minutes.

Grilling is another quick and easy way to prepare lobster, and it takes about the same amount of time to cook as boiling. It can be served a variety of ways, or just add some butter and a few squirts of lemon to keep it simple.

Low in Fat and Calories

Lobster is low in fat and calories, making it a great addition to a healthy diet during pregnancy. A 3.5-ounce serving has:

One small serving packs a punch when it comes to nutrients. It will help you stay fuller for longer and is an excellent source of lean protein.

Related: HOW TO MANAGE WEIGHT GAIN DURING PREGNANCY

Eating lobster during pregnancy can be beneficial, but like with any other seafood, there are some safety precautions you need to consider.

Make Sure the Lobster is Cooked Thoroughly

Lobster is okay to eat during pregnancy – as long as it’s thoroughly cooked. How can you tell if the lobster is cooked enough?

Undercooked or raw lobster may contain a bacteria called Vibrio parahaemolyticus, which can cause food poisoning.

It’s important to know where your lobster came from if you’re going to eat it during pregnancy. Unless you caught it yourself or you’re buying it from a local fisherman, check the source.

There may be Fishing Advisories that affect the water quality of where the lobster was caught.

Here are some tips for choosing lobster:

Don’t Eat Too Much Lobster

In general, pregnant women should limit their seafood intake to just one to two servings per week. Mercury is a big concern during pregnancy, and eating too much seafood too often can be a problem.

Another reason to limit your lobster intake is cholesterol. Lobster has high amounts of dietary cholesterol. Although this isn’t the type of cholesterol that causes heart disease, it’s still a good idea to eat lobster in moderation.

While most lobster dishes are safe to eat, there are some that should be avoided, including:

If the lobster is not the main star of the show (e.g. it’s part of a salad, pasta dish or some other dish), check to make sure that the lobster is cooked and that the other ingredients are safe to eat during pregnancy.

Cooked lobster is the only way to eat lobster safely during pregnancy. Raw lobster or any dish that contains raw eggs or dairy should be avoided.

In general, it’s not a great idea to eat raw crustaceans. People do it, but even if you’re not pregnant, it’s risky. If you’re pregnant, it’s a big no-no.

There are many ways to prepare cooked lobster, including:

Boiling is the simplest and one of the most popular ways to prepare lobster.

Lobster can also be baked either whole or just the tails. This method takes about 15-20 minutes at 400 degrees. Like with boiling, the shell should be bright red and the meat a creamy white color when it’s done cooking. 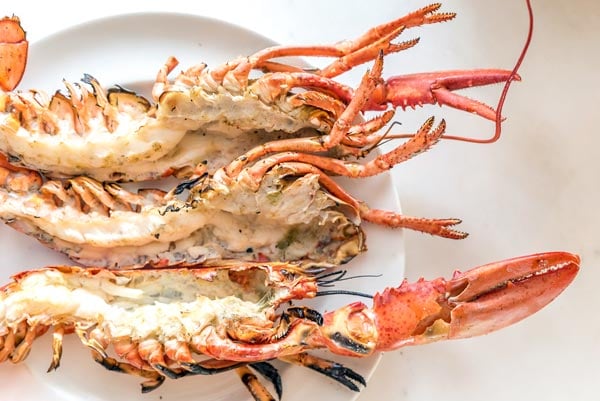 Some people prefer to grill their lobster. Grilling gives it a nice smoky or charred flavor. A 1-1.5-pound lobster takes about 10 minutes to grill, so this is another quick and easy way to prepare cooked lobster when you’re pregnant. Just make sure that the meat is cooked all the way through before taking it off the grill.

Can you eat lobster while pregnant – The Bottom Line

Lobster is safe to eat during pregnancy as long as you’re following safety guidelines.

As long as it’s prepared properly and from a safe source, cooked lobster is a great source of protein, omega-3 fatty acids and other important nutrients pregnant moms need.

10 BEST FOODS TO EAT WHILE PREGNANT

7 NUTRITIOUS FRUITS TO EAT DURING PREGNANCY

HOW TO EAT HEALTHY DURING PREGNANCY

PREGNANCY WEIGHT GAIN: HOW MUCH IS NORMAL 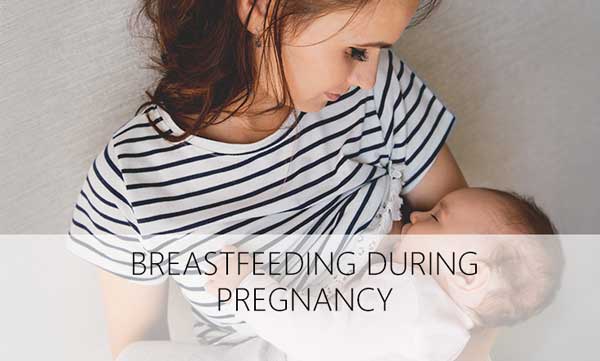 Is it Safe to Breastfeed During Pregnancy 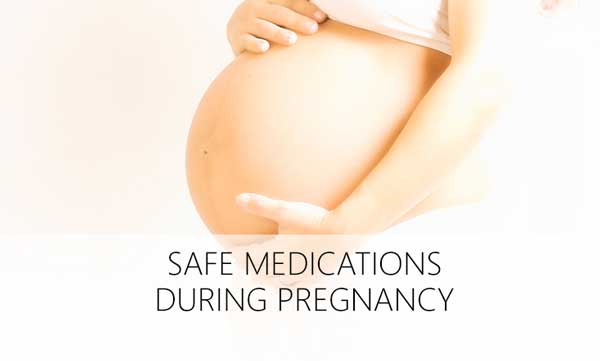 Which Medications Are Safe During Pregnancy? 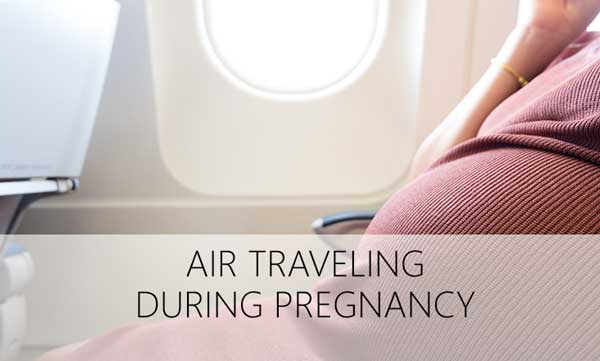 Is it Safe to Fly during Pregnancy?