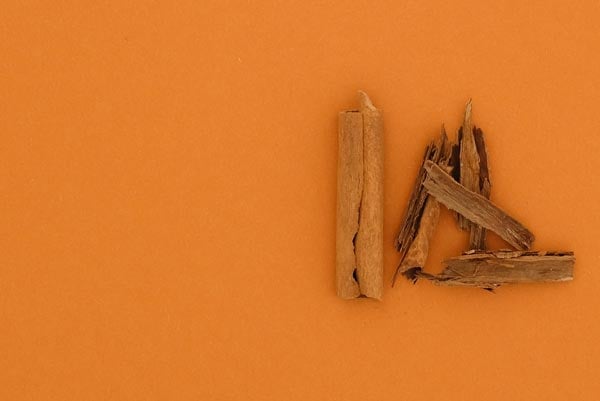 Is it safe to take cinnamon while breastfeeding

Cinnamon is used around the world for its delicious taste and amazing health benefits. However, cinnamon while breastfeeding may pose certain risks to your newborn baby. In this article, you’ll learn about cinnamon, its health benefits, and the risks it poses to your breastfeeding newborn.

Cinnamon comes from the inner bark of certain tree species from the genus Cinnamomum. The dried bark strips, ground powder, and derived essential oil are all used to add flavor to food.

Because only a few Cinnamomum species are grown for their spice, many differentiate between the cinnamon varieties harvested. Cinnamomum Verum, also called “true cinnamon” or “Ceylon,” is rarely grown commercially. Most cinnamon purchased in stores comes from the related tree species, Cinnamomum cassia. This cinnamon, labeled as “cassia,” accounts for more of the world’s cinnamon supply.

Cinnamon is used to add flavor to pastries, breakfast foods, cereal, fruit, chicken, coffee, and more. Recipes, especially for sweets, often use cinnamon because of its sweet and pleasant flavor.

But before we get to the question is it safe to eat cinnamon while breastfeeding, let’s talk about cinnamon’s health benefits.

It can increase metabolism.

Cinnamon is high in the compound cinnamaldehyde. This compound improves metabolism and can help individuals lose weight. It is common for people to add it to their coffee or apple cider vinegar to reap the benefits to their metabolism.

Cinnamon has lots of antioxidants.

Antioxidants provide many benefits for your body by scavenging free radicals and reducing the damage done by oxidation. They can also prevent you from developing many diseases, such as heart disease and some cancers.

Your body uses inflammation to fight infections, repair damage, and stay healthy. However, if your body’s inflammation response is fighting against its own tissue, it becomes a problem.

It can be used for medicine because of its anti-viral, anti-bacterial, and anti-fungal properties.

Over the years, cinnamon has been used to treat bad breath (caused by bacteria in the mouth), toothaches, digestion problems, and more. Some studies even suggest that cinnamon consumption can help individuals fighting certain cancers, such as colon cancer.

It may improve gut health.

When consumed regularly, cinnamon can help with gut health and lend to healthier digestion.

Cinnamon is a good source of manganese and contains small amounts of calcium and fiber.

Manganese is an important nutrient for fostering overall health. It helps your body form connective tissues, bones, blood clotting, and sex hormones. Consuming manganese can also help with metabolism, calcium absorption, and regulating blood sugar. Because cinnamon is a good source of manganese, people can reap these benefits by consuming it.

It may reduce your chances of developing heart disease.

The number one cause of premature death around the world is heart disease. Some studies suggest that regular cinnamon consumption may reduce the risk of developing heart disease.

One study found that half a teaspoon of cinnamon each day showed a positive effect on blood markers for patients with type 2 diabetes.

Because cinnamon reduces the amount of LDL (bad) cholesterol, your overall risk for heart disease is reduced. Cinnamon can also reduce blood pressure. Together, these effects can lessen your risk of premature death due to heart disease.

Cinnamon can lower blood sugar and increase insulin sensitivity. For individuals suffering from diabetes, cinnamon consumption can help them manage their illness without the need for more insulin injections.

Although it has powerful anti-diabetic effects, diabetics should always use care to monitor their blood sugar levels. Despite the fact it can decrease the need for insulin, cinnamon should never be used to replace emergency diabetic medication.

It can relieve digestive discomfort.

Cinnamon can be used to relieve digestive discomfort in adults. It has been used in many cultures to treat gas and digestive imbalances. To aid in digestion, many people brew cinnamon into a warm drink like tea. Drinking warm cinnamon tea can help reduce or alleviate digestion problems.

Some studies show it may reduce the risk of some cancers.

There’s some evidence that it can help fight the HIV virus.

Cassia cinnamon may help fight against HIV-1, the most common strain of the HIV virus. One study compared cinnamon to over sixty other plants and found that cinnamon was the most effective in fighting HIV-infected cells. However, more studies and trials will be needed to determine whether or not cinnamon is a viable solution to HIV.

Although cinnamon has many health benefits, using cinnamon while breastfeeding as a medicine poses certain risks. Coumarin, a component in cinnamon that lends to its flavor, can be harmful in larger quantities. Because coumarin levels are lower in Ceylon cinnamon than in cassia, Ceylon cinnamon is safer to consume.

Cinnamon is often used for its ability to increase metabolism. However, if this effect is passed on to a breastfeeding baby through breastmilk, it can cause problems. An increased metabolism and lowered blood sugar levels can be dangerous to your baby. Consuming too much cinnamon while breastfeeding can cause these problems.

It is important to note that cinnamon is not regulated by the FDA. This is why all the effects and risks of using cinnamon while breastfeeding remain unknown.

Additionally, consuming large amounts of cinnamon while breastfeeding can create breastmilk with a cinnamon flavor. This may cause your baby to stop drinking your milk because they don’t like the change in flavor. It may also cause indigestion in your baby, since their bodies are still developing and may not be ready to digest cinnamon. In extreme cases, your baby may develop an allergic reaction to cinnamon.

Because these possible risks to your baby haven’t yet been sufficiently studied, it’s important to consult a doctor before taking or consuming cinnamon while breastfeeding. Your doctor will be best equipped to help you navigate any dietary changes during your pregnancy and breastfeeding.

Is it safe to take cinnamon while breastfeeding?

Cinnamon supplements are popular for a variety of reasons. By taking supplements using cinnamon essential oil or concentrated amounts of cinnamon, a person can reap the health benefits from cinnamon without needing to put large quantities of it into their food.

It’s important to ask your doctor about taking cinnamon supplements while breastfeeding. Although these supplements pose risks to your child, your doctor will be more equipped to advise you of the risks.

Can you eat cinnamon while breastfeeding?

Cinnamon, when used in food, is generally considered safe for new moms who are breastfeeding. Most of the risk to your baby occurs when you take cinnamon supplements or eat large quantities of cinnamon while breastfeeding.

The amounts of cinnamon used in certain foods may not pose as much risk to your breastfeeding child. If you regularly eat dishes with cinnamon in them, you should take note of how your child reacts to your milk.

If your baby refuses to drink, develops indigestion, or shows signs of an allergic reaction, discontinue consuming cinnamon. For babies with sensitivities to cinnamon, even small amounts consumed by the mother can cause problems.

If you’re unsure about whether cinnamon is causing your child’s symptoms, consult your doctor. Your doctor should be able to give you information about the risks and benefits of eating cinnamon while breastfeeding.

Can I drink cinnamon tea while breastfeeding?

Cinnamon tea can be a relaxing and beneficial drink to breastfeeding mothers. Women enjoy drinking cinnamon tea because it boosts immunity and metabolism while aiding in digestion.

However, drinking too much cinnamon tea while breastfeeding can be risky for your newborn. Instead of using cinnamon powder, brew your cinnamon tea lightly with one small cinnamon stick.

It’s also important to make sure you’re only having one cup of cinnamon tea each day, especially if you’re consuming other cinnamon. If your child exhibits symptoms of cinnamon sensitivity, discontinue cinnamon tea and consult your doctor.

Despite its health benefits, cinnamon may pose significant risk to your breastfeeding baby when used in large amounts. When you consume large quantities of cinnamon, your baby is at increased risk of digestive issues. In addition to this, some babies have allergic reactions to cinnamon that can be life-threatening.

Can I Drink Slimfast While Breastfeeding

Can You Take Elderberry While Breastfeeding

Ashwagandha While Breastfeeding – Is It Safe? 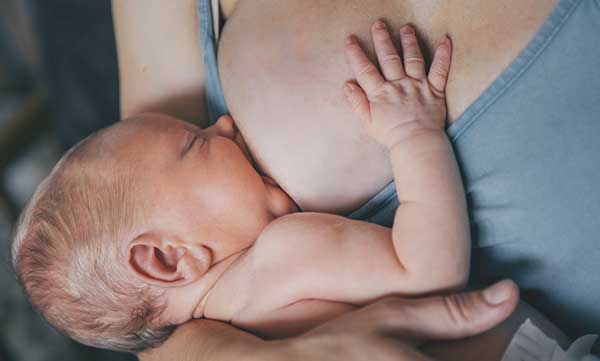 How Can I Prevent My Breastfed Baby From Getting Colic 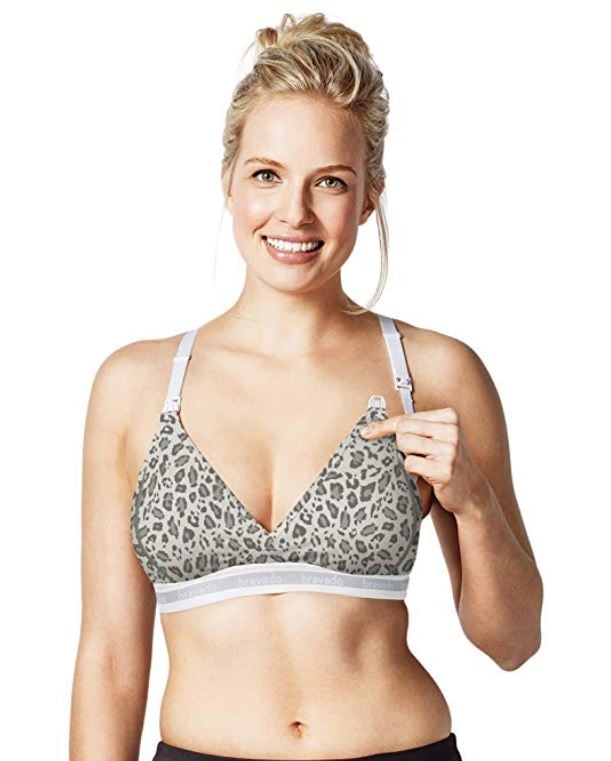 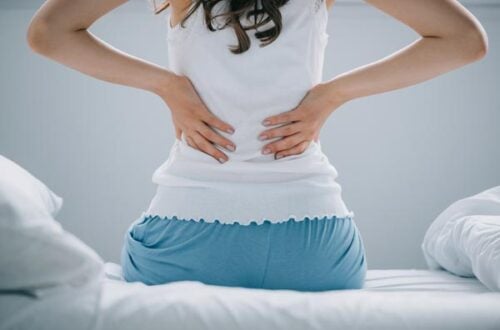 Can You Use Icy Hot While Breastfeeding