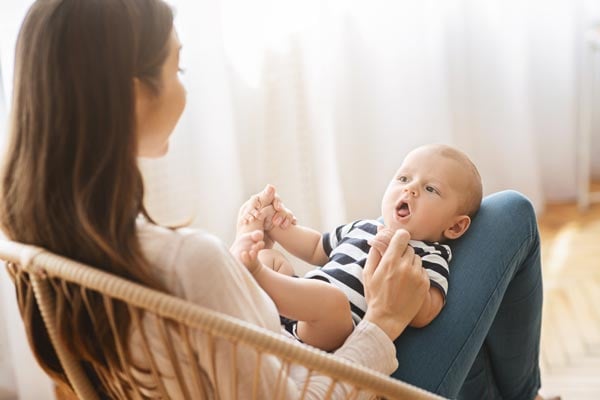 When do babies start babbling? What’s the difference between babbling and cooing? Should you be worried if your baby isn’t talking by the age of two? These are all questions that parents have as their babies start their language development journey.

While all babies develop at their own pace, it’s natural to be concerned if your baby isn’t meeting a milestone at a certain time. Let’s take a closer look at babbling and when you should be concerned about it.

Babbling is a baby’s first attempt at speaking and making sentences. Babies learn how to speak in stages. They start with sighing and cooing. Next, they start stringing together consonants and vowels to make up their own language – what we call baby babble.

When babies combine a consonant and a vowel, this is called “canonical babbling.”

What’s fascinating about babbling is that babies all over the world produce similar first syllables no matter which language they’ve been hearing.

Eventually, babies start babbling in a way that resembles the language(s) they are most exposed to. But at the start, babies seem to produce strikingly similar sounds.

When Do Babies Start Babbling?

Typically, babies start babbling around 4-6 months, and they’ll continue on with their babbling for months to come. It’s an enjoyable time for parents, and it’s a great time to try having “conversations” with your little one.

When your baby starts babbling, talk to her. Talking helps encourage and support expressive language and receptive language.

There is some evidence that babies can actually pick up their communication skills faster when parents are supportive of their babbling and respond by giving language cues.

Here are some tips:

Have fun with it. Positive encouragement and talking to your baby will help her develop her language skills.

What Does Baby Babble Mean? 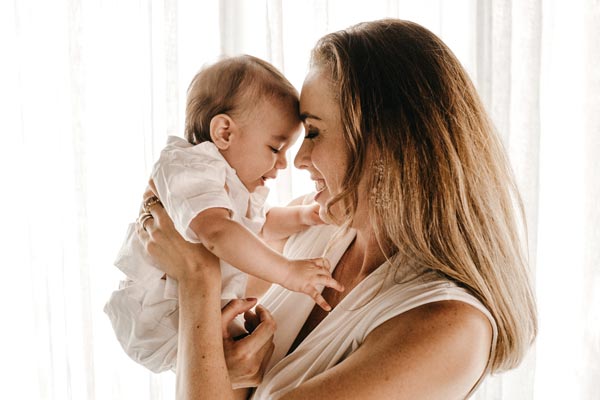 Is baby babble just – babble? Or it something more?

New research shows that babbling may actually be a baby’s way of helping you teach them to communicate. That particular study found that every time the babies babbled, their moms responded with simpler, shorter words and single word sentences.

The more often the moms did this, the quicker their babies picked up on new words during play sessions.

Researchers concluded that babbling may be a catalyst for babies to the information they want from adults.

Perhaps a baby’s babbling is more than just nonsense. Either way, it’s important for parents to babble back or talk to their chatty babies. With enough encouragement, your little one’s babbles will eventually help form her first words.

What Is the Difference Between Cooing and Babbling?

Some parents assume that cooing and babbling are the same thing, but they’re different.

When you hear babies babble, it sounds like they’re trying to talk. Cooing, on the other hand, tends to be a softer, sweeter sound.

Related: WHEN DO BABIES START COOING

Like any other developmental milestone, your baby may start babbling a little earlier or a little later than this timeline.

But here’s a general timeline of babbling milestones:

These are the main stages of babbling. Your baby’s timeline may look a little different, and she may start a little earlier or later than other babies.

When Do Babies Start Copying You?

Babies learn through imitation, but when exactly does that imitation start? Typically, around 8 months of age.

Around this time, babies imitate the expressions and simple actions of others around them. For example, your baby may:

At 12 months, your child will start watching, listening, processing, imitating and practicing behaviors and language. Children may repeat sounds over and over again until they figure out, by observing and listening, how to use the word in context.

Toddlers will also imitate your behaviors, so keep this in mind. Your child may imitate you vacuuming the floor, cleaning the table or even brushing your hair.

Some babies seem to transform from chatterboxes to quiet mice overnight. What happens in this case? While every situation is different, it could just be that your child is learning more complex sounds.

But if your baby has been babbling with all kinds of sounds and then stops for no known reason, talk to your pediatrician. A hearing test may be in order.

Try not to worry too much if your baby stops babbling. Talk to your pediatrician just to make sure nothing else is going on. But in many cases, babies will pick up their babbling soon after they stop.

Baby Squeals Instead of Babbling

Is your baby making squealing sounds instead of babbling? You may be wondering whether that’s normal and why it’s happening.

Around 4-5 months, babies start showing more emotion. They blow raspberries, make silly sounds, try to imitate your tone when you talk and make plenty of squealing sounds. You may notice that your baby is smiling and “talking” to herself in the mirror.

Squealing is usually a sign that your baby is delighted, but it can also mean that she’s not too happy. In this case, her squeal may be followed by shrieks and fits.

If your little one is just squealing and not babbling, you may be concerned about her development. Talk to your pediatrician to see if there’s an underlying cause or if your baby is just developing at her own pace.

Baby Not Babbling – What to Do?

If your baby isn’t babbling, you may be concerned. She may just be developing a little later, or there may be some other cause.

If your baby isn’t babbling regularly by 10 months, talk to your pediatrician or a speech pathologist.

Lack of babbling can also be caused by other things, like:

Talk is important. It helps babies learn and develop their language skills. Consider whether you’re talking to your baby often enough. Maybe she just needs a little more encouragement and interaction.

2 Year Old Not Talking but Babbling

Babies develop at their own pace. Some develop a little faster, while other a little slower. That’s okay. Still, you may be concerned that your two year old is still babbling and not talking.

At the age of 2, babies usually have a vocabulary of about 50 words. They may not be perfectly pronounced or understood, but they’re there. Toddlers may also use two-word phrases and pronouns, like “mine.”

While children aged 2-3 have a rather impressive vocabulary, they’re still learning. It’s estimated that parents and caregivers will only understand about 50% of the words a two-year-old says.

If your baby is babbling at two and not talking, you may be concerned about autism. Speech delays have been associated with autism, but that doesn’t necessarily mean that your child is autistic if she’s taking longer to start talking.

It’s natural to be concerned about your child’s development. Talk to your pediatrician about your concerns if your little one isn’t talking by age two.

When Do Babies Start Talking?

Once your baby starts babbling, you’ll be counting down the days until she says her first word. Exactly how long will you have to wait?

By your baby’s first birthday, she may be able to say two to three very simple words. This could be “mama,” “dada,” the name of a pet or something else familiar.

After your baby says her first word, the fun begins. She will start learning new words slowly at first before growing her vocabulary at a lightning-fast pace.

It’s important to continue talking to your baby, reading to her and interacting with her as she develops her vocabulary.

Babbling is an important step in your child’s language development. She should start to babble by 4-6 months, but it’s okay if she takes a little longer to get there. If your little one is babbling but not talking by the age of 2, consider talking to your pediatrician to see if there’s an underlying cause.

7 THINGS I REGRET NOT BUYING FOR MY BABY

EYE CONTACT IN BABIES: MY BABY DOESN’T LOOK AT ME

TERRIFYING THINGS THAT NEWBORN BABIES DO THAT ARE COMPLETELY NORMAL 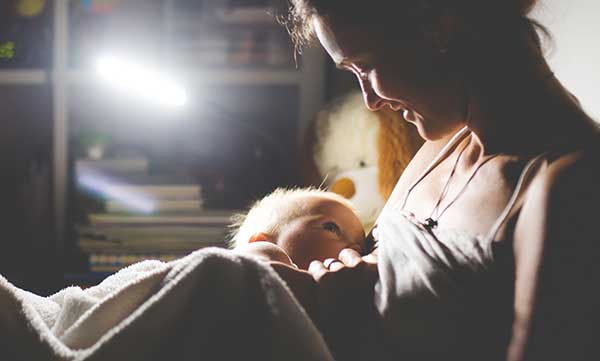 When Do Babies Start Sleeping Through The Night 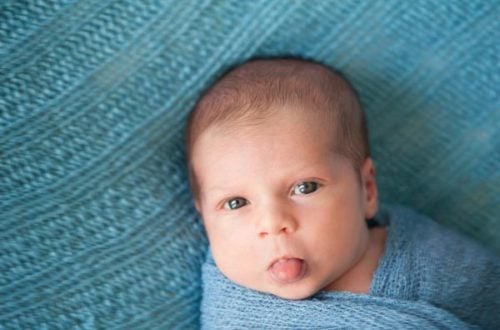 Baby Sticking Tongue Out A Lot – What Does it Mean? 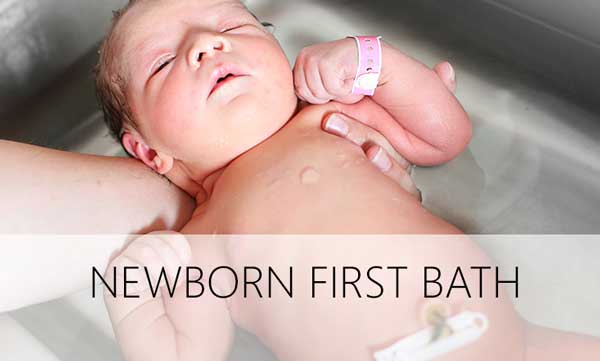 How to Bathe a Newborn for the First Time